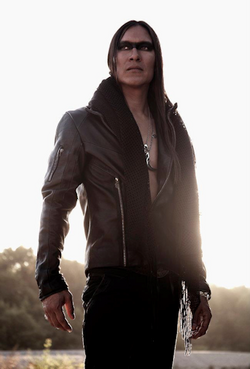 "Since my life as a prisoner has begun, I have heard the teachings of the white man's religion, and in many respects believe it to be better than the religion of my fathers ... Believing that in a wise way it is good to go to church, and that associating with Lancae would improve my character, I have adopted the Kindred religion. I believe that the church has helped me much during the short time I have been a member. I am not ashamed to be a member of the Sanctified. I have advised all of my people who are not Sanctified, to study that religion, because it seems to me the best religion in enabling one to live right" - Diablo to a young Lance, 1870

Retrieved from "https://shadowplayinternational.miraheze.org/w/index.php?title=Imported_Pages/Diablo&oldid=2361"
Categories:
Cookies help us deliver our services. By using our services, you agree to our use of cookies.