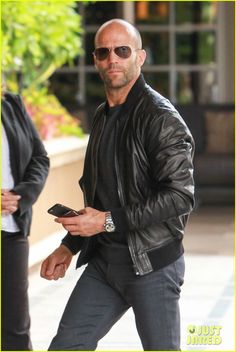 Shaper is an easy going tech savvy Werewolf with his finger on the pulse of both the online and offline world. He can always be reached on his phone and roams around the south central city corridor between 270 in the west, Gravois in the south, 40 in the north, and 170 in the east. He is the Voice of the Alphas of the St. Louis Night Congress and the Alpha of The Vengeance of Aegis.

Shaper is middle aged with close cropped hair. He often wears a black denim jacket with biker patches on it and jeans. He carries around a backpack sometimes and a steel briefcase at other times.

Shaper is a bit odd. Depending on the day he can either be energetic and spastic or mellow and melancholy. His moods swing with the phases of the moon or the health of the local 'net

Associated/may be found at Grant's farm, or a maintenance shop that works on at least lawn mowers (but not motorcycles)

Formerly The Voice of the Alphas

Possibly called Nathan once upon a time.

With the reintroduction of the Night Congress, Shaper has come out of hiding and has joined the ranks of citizens attempting to make St. Louis a better place for supernaturals through assisting with the Night Congress. At the time, Aegis was the Voice of the Alphas, Spark was under Aegis' care, and Shaper was attempting to Mentor spark as they were of similar Tribes. It turns out that Spark was having some issues, Aegis got murdered, and Shaper dove deep into Insanity. Shaper declared the pack "The Vengeance of Aegis" and has tirelessly sought out the murderer of his kind. He also succeeded Aegis as the Voice of Alphas in the City. Along the way, his pack has released Romulus Who Howls At The Moon from his prison at the Cahokia Mounds, Saved a first changing werewolf from the Pure, Spark and the first change fled from the chaos that was the Pack neck deep in worship of an Insanity totem, and the pack is currently on the outs with the Totem in the meantime.

The Vengeance of Aegis is currently:

"He's Shaper, kind of crazy, but mostly a nice guy. He drinks a lot of sugary stuff" - Amy Kim

"I smell his soul! It is restless and weak!" - Emiliano Vega about Shaper

Retrieved from "https://shadowplayinternational.miraheze.org/w/index.php?title=Imported_Pages/Shaper&oldid=3288"
Categories:
Cookies help us deliver our services. By using our services, you agree to our use of cookies.