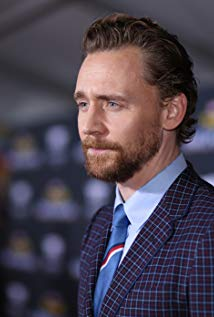 An Invictus Knight from the early 10th Century, Tristan participated in the first two Crusades, eventually turning against his colleagues in a murderous rampage on the field. After a thousand years in torpor, he is back... and the reality may be a bit different from the legends.

Tall (for 900 A.D.), with an imposing physical bearing and dark eyes that miss nothing. He is currently given to Brooks Brothers suits, and carries a silver-tipped cane.

Proud to a fault. Polite without warmth. Social but reserved.

Extremely little; the world has largely forgotten Baldwin II of Flanders, let alone some obscure knight in his service... and they never have gotten the chance to know who that knight became in undeath. This is likely for the best.

Tristan d'Argent had been a knight in the service of Baldwin II of Flanders during the restoration of the western empire; in death, the First Estate brought him quickly (for the Invictus) into the Order of the Thorned Wreath. In that role, he continued as a knight up through the First Crusade. At the bidding of the Lancea et Sanctum, elements of the Thorned Wreath rode with the Crusaders into Persia.

As the Kindred legends tell it: In the Holy Land, Sir Tristan foreswore the Invictus, the Sanctified, and God himself, and dedicated himself to something called Belial. In that service, he slew Crusaders and Turkish soldiers (and Kindred) alike. d'Argent disappeared shortly after the Crusaders took Jerusalem; only to reappear a century and a half later at the onset of the Second Crusade. Once again, d'Argent took to the field; astride an undead charger, he swept foes of all stripes before him like wind through straw. Just prior to the fall of Jerusalem, the Turkish Kindred met under flag of truce with the Commander of the Thorned Wreath, and it was agreed: the Turks would help against this demon-pledged monster and the Knights would withdraw their support for the Crusaders in the city. It cost half their number, but they brought d'Argent to the ground with a lance through his chest. d'Argent slumbered under watch at a number of Thorned Wreath strongholds until the turn of the 20th Century; with war again looking likely in Europe, they transferred him to the Prison secluded beneath rural Iowa.

In early 2017, someone or someones engineered a release of the remaining inmates (all of which had long been secured in torpor) at the Prison. Tristan was among them, and apparently did not remain in Iowa for long, as by that summer he had appeared in St. Louis. There were confrontations between him and certain of the werewolves for reasons that remain unclear, and a wolfblood wound up skewered on a flagpole by the former knight. Then-Prince John Caligula set out to kill Sir Tristan; the confrontation ended in Caligula's death.

For several months after that, the "Death Knight" went unseen. A series of incidents were laid at his feet, though it seems that at least some of them were the work of other lurking horrors. Finally, in May of 2018, Governor Hans Dekker sought out a meeting with Sir Tristan, and to the surprise of all (including Tristan himself), Sir Tristan swore to the Night Congress and joined the city as a citizen.

Retrieved from "https://shadowplayinternational.miraheze.org/w/index.php?title=Tristan_d’Argent&oldid=157"
Categories:
Cookies help us deliver our services. By using our services, you agree to our use of cookies.